I AM… Productions
Woody Woodward directed compelling stories of athletes, millionaires and gang members who are all driven by what makes them feel important. The true discover was how they used this importance to propel them to greatness of misery.

ABC News
Barbara Walters and Bob Brown bring the inspirational story of one young woman’s dramatic journey back from an unexpected and crushing fate — one she decided to document on videotape. Stephani Victor’s life will never be the same. And maybe yours will be changed as well.

FOX Sports
Interviewed by Chris Rose, Tom Arnold and John Salley in front of a live studio audience, Stephani Victor proves there’s no match for her desire, drive and will to win.

ABC
Meredith Viera explores the unrelenting bond of a mother and daughter in the face of catastrophe and how the love of family and friends can heal significant loss.

E! Entertainment Television
An inside look behind the scenes at the movie Target Earth starring Christopher Meloni with guest star Stephani Victor, newly disabled actress as she returns to the silver screen.

On December 19, 1995, Stephani was standing on the sidewalk in Hermosa Beach, California when an out of control vehicle jumped the curb and crushed her into another car. In order to save her life the doctors had to amputate both of her legs above the knee. Nothing in her life had prepared her for such a monumental shock. She was now faced with circumstances that she could not possibly fathom. For Stephani, dissolving into a deep depression was not an option. Her will and life force enabled her to reach deep down within herself, utilize the fire in her heart and reclaim her sense of self from this devastating life alteration. Without hesitation she chose a quest for knowledge fueled by an unyielding drive to defy the odds. Filled with gratitude for her life, she began her grueling rehabilitation and at the same time began filming her own life’s tribulations.

The intensity and urgency of the situation unfolded, second after second as she exposed her own physical, mental, emotional and spiritual rebirth before the lens. Documenting each step, Stephani captured endless hours of rehabilitation, in and out of hospitals, thirteen reconstructive surgeries, her re-entry into society, walking again on two prosthetic legs as well as the discovery of her next challenge; ski racing. After a few extraordinary lessons with the head coach of the Park City Disabled Ski Team, Marcel Kuonen, Stephani was given an offer she could not refuse, to relocate to Park City and train to compete in the 2002 Salt Lake Winter Olympics.

Rarely does the general public have an opportunity to witness another person’s life experience on such an intimate level. “The Lengths I Will Go” is a raw and invigorating portrait of one woman’s will to survive and re-create her life. In the midst of tragedy and chaos, Stephani relentlessly set out to share the sadness, horror and triumph of her story. Her journey began just five days after the accident in ICU where she looked fearlessly through the lens not knowing exactly where those scenes might go and now, nearly twenty years later that journey reaches a gold medal winning climax when Stephani won a gold medal in the slalom at the 2006 Torino, Italy Winter Olympics and again in the Super Combined in the 2010 Vancouver, Canada Winter Olympics. 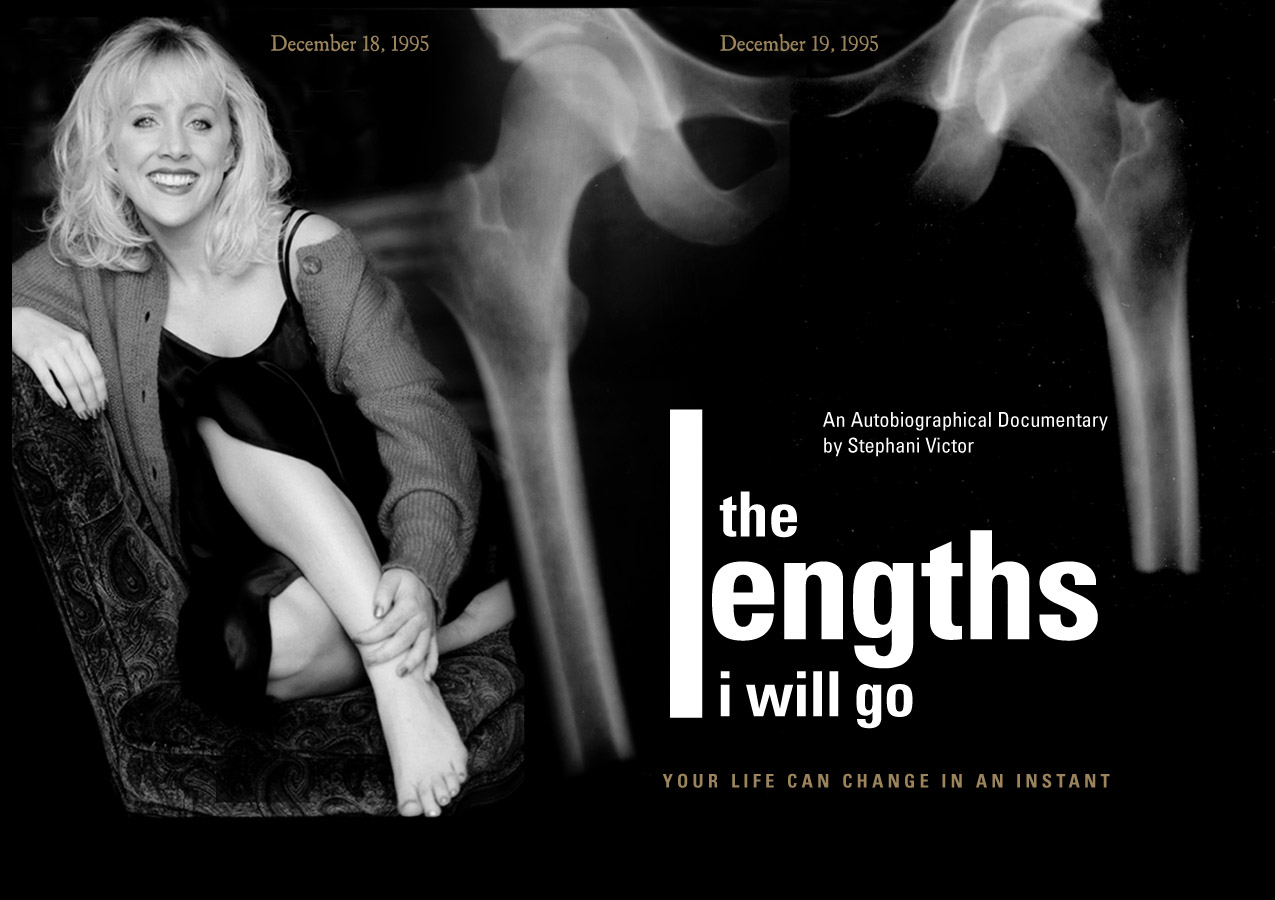